We are living in an era where computers are everywhere. We interact with these computers every day.

What is an Embedded System?

There are many different definitions of an embedded system. In a large system, if the system has a computational device like the processor then the system is known as an Embedded System.

An Embedded system has microcontroller or microprocessor embedded on it.

What's inside the Embedded System? 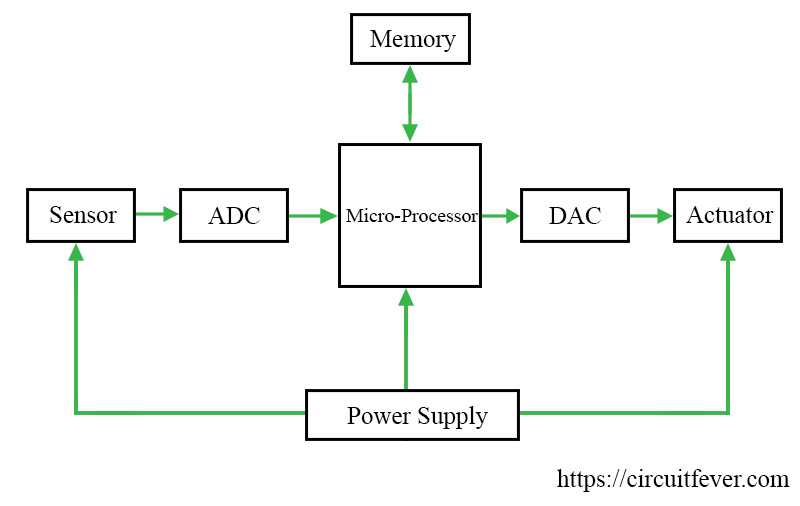 A microprocessor is a digital system which has computational capabilities. It requires an external memory. Embedded systems require a small memory but it may be possible that the system requires expendable memory. In this case, we use microprocessor in the system.

The microprocessor is not going to work without memory. There are different types of memory available in a microcontroller like RAM and ROM.

Read-Only Memory is a non-volatile memory which means that the data in the memory doesn't erase if the power goes off. It is used as program memory in an Embedded System. All the programs are saved in this memory. CPU fetches the instruction saved in this memory and executes them.

Random-Access Memory is a volatile memory which means that the data is this memory is erased if the power goes off. It is used as data memory in an Embedded System.

The microcontroller doesn't contain any DAC module. The digital data is converted into analog form by Pulse Width Modulation technique.

For interfacing input and output devices, microcontrollers have input-output ports. These ports can be used as an input port or an output port. A port contains pins. We can configure each pin separately or simultaneously.